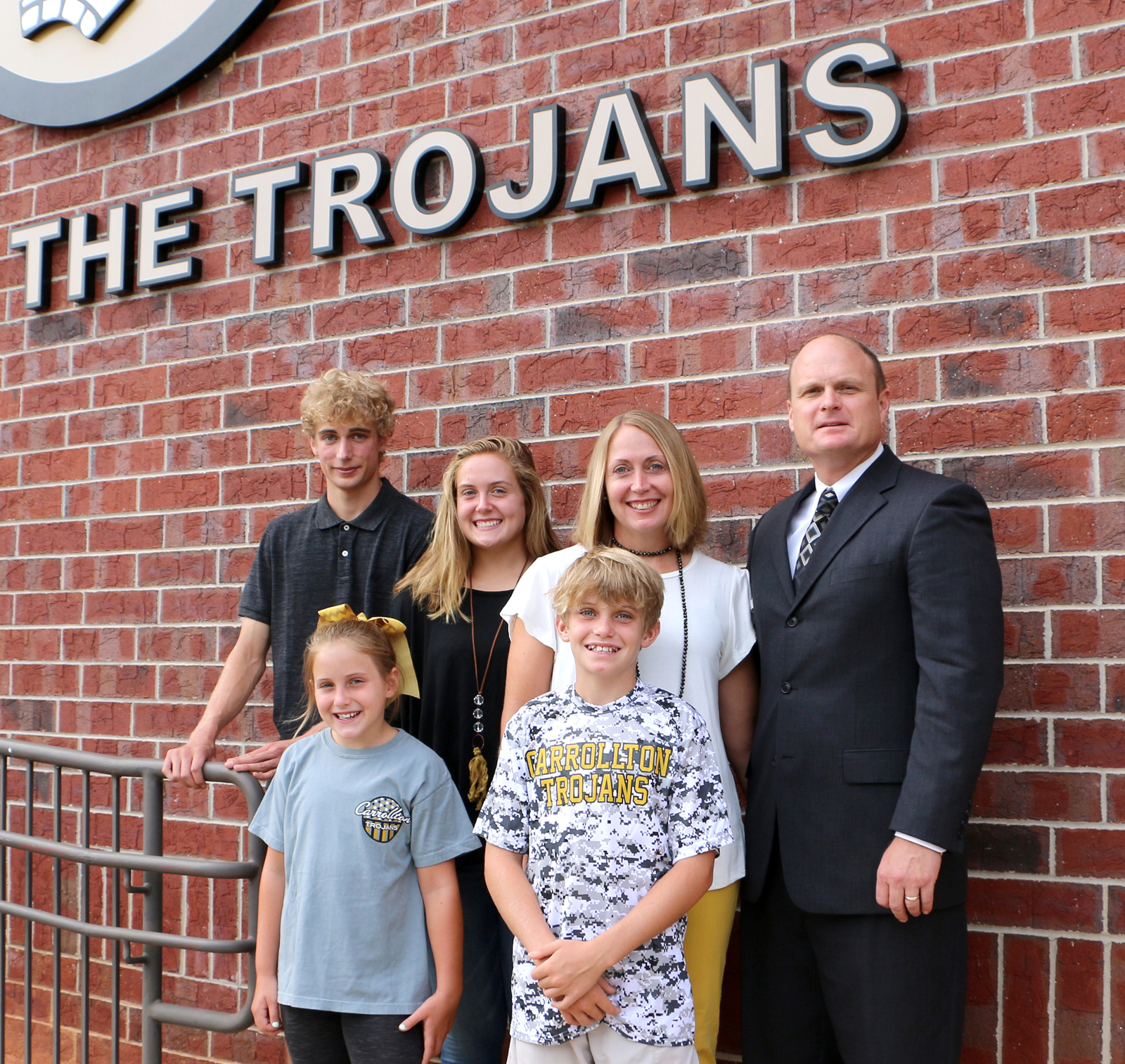 Dr. Mark Albertus was named superintendent of Carrollton City Schools in 2016 following eight years of serving as principal of Carrollton High School, where he led CHS in the implementation of the International Baccalaureate Diploma program and successfully pushed for AdvancED STEM certification, resulting in CHS becoming only the 18th high school in the world to receive such recognition.
Also under his watch, CHS added more Advanced Placement offerings, bringing the total to 18 current offerings, and developed a partnership with Southwire Company to create the Southwire Engineering Academy, a highly successful internship program that gives students early preparation for a potential career in engineering.
Carrollton High School athletics, during Dr. Albertus’ tenure, added volleyball, boys and girls lacrosse and most recently a co-ed riflery team, providing CHS students competition opportunities in every sport sanctioned by the Georgia High School Association.
During his last year as principal, Carrollton High School’s College and Career Ready Performance Index score, which is used to measure school and district accountability, led all Carroll County high schools and exceeded the state’s score by nine points at 84.8 compared to Georgia’s score of 75.8.

As superintendent, Dr. Albertus was involved in the planning and construction of a new state-of-the-art high school for CHS, replacing existing structures that date back to the early 1960s. Under his leadership, Carrollton City Schools was named the 2018 Atlanta Business Chronicle’s Best Place to Work in the large company category.

Before coming to Carrollton and following  military service as an Army officer, Dr. Albertus was an administrator with Gwinnett County Schools where he began as a social studies teacher and coach, winning two state championships in soccer.  He earned his undergraduate degree from Presbyterian College and master’s, specialist and doctoral degrees from the University of Alabama.

Dr. Albertus was a member of the 2012 cohort of Leadership Georgia, one of the nation’s oldest and most successful leadership-training programs. He currently serves on the Executive Committee of the Carroll County Chamber of Commerce, is a member of the Rotary Club, of which he was named a Paul Harris Fellow, and Kiwanis Club of Carrollton, and is a deacon at First Baptist Church. Dr. Albertus completed the AASA National Superintendent Certification Program in 2020.  He and his wife, Rebecca, are the parents of four children: Joshua, Kate, Andrew and Elizabeth. They reside in Carrollton.